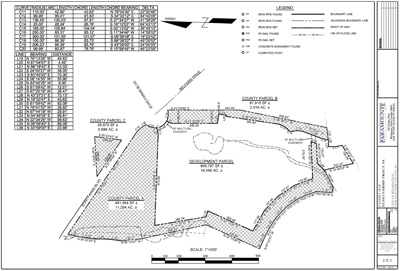 On June 13 at a joint press conference, the City of Wilmington and New Hanover County announced that they have agreed to purchase 14 acres of land in Echo Farms for a public park. The $1.7 million cost will be split evenly between the city and the county. Click on the map to the right to enlarge the image. 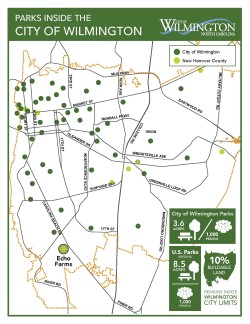 This project allows the city and county to secure green space at an affordable rate while the land is still available. There is only about 10 percent - or just over 2,800 acres - of buildable land left inside Wilmington's city limits.

According to the most recent citizen survey and feedback received from citizens while putting together the city's comprehensive plan, residents place a high priority on green space and walking trails. Currently, Wilmington only has 3.6 acres of parks per capita, while the national average is 10 acres. (National Parks and Recreation Association)