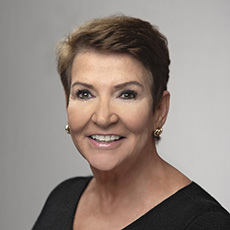 Ms. Haynes was first appointed to serve on City Council in 2008 and has run three successful campaigns for Council since 2011. She sits on several city committees, including serving as chairperson of both the Appointments and Governance committees.

Ms. Haynes was recently appointed to three state-level boards and elected to one national board. She was sworn-in for her third term at the Dec. 3, 2019 City Council meeting and selected again to serve as mayor pro-tem.

Ms. Haynes is a retired federal employee, having worked for a member of Congress on the executive management staff for a decade. She also established and still manages a successful property management business.

In addition to an undergraduate degree in Political Science from James Madison University, she has a Master’s of Public Administration from JMU.