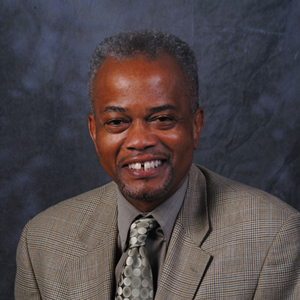 Sterling Cheatham has served as the City Manager for the City of Wilmington, North Carolina since 2003. He is responsible to the City Council for the day-to-day administration of all city departments, including preparing and administering annual city budgets. He is also responsible for proposing policies for consideration of the City Council and overseeing the administration and implementation of those policies and ordinances.

Wilmington was named in honor of Spencer Compton, the Earl of Wilmington, who was Prime Minister under George II. Incorporated in 1739, Wilmington became a city in 1866. In 1840 it was the largest town in the state and remained so through the early 1900s, thanks to the thriving ports along the Cape Fear River and the arrival of the Wilmington & Raleigh Railroad (renamed the Wilmington & Weldon Railroad in 1854). When the railroad was completed in 1840, it was the largest continuous railroad track in the world.

The Port City is the childhood home of basketball great Michael Jordan and journalist David Brinkley. Other famous Wilmington natives include Althea Gibson, Minnie Evans, Kevin Beasley, Sonny Jurgenson, Sugar Ray Leonard, Charles Kuralt, Charlie Daniels, Roman Gabriel, Meadowlark Lemon and Alge Crumpler. It is also home to the WWII Battleship USS North Carolina (BB-55) and was the site of the commissioning of the Virginia Class USS North Carolina (777) submarine in May 2008 and the missile-guided destroyer USS Gravely in November 2010.

Wilmington, located in New Hanover County, is a coastal town situated in southeastern North Carolina. The city is bordered by the Cape Fear River to the west and the Atlantic Ocean to the east. Following is some general information about our city.