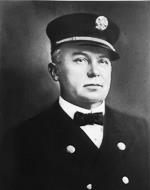 Like most towns in America, Wilmington's first firefighters were groups of volunteers who organized for their own protection. The first group, called the "Wilmington Hook and Ladder Company", organized in 1846 but was not chartered until 1867.

Their equipment was manually hauled through the streets. Their clubhouse was at 313 Dock Street. On December 1, 1897 the regular full-time paid fire department was inaugurated. The department consisted of thirty men, three steam fire engines, three hose reels and one hook and ladder truck. This equipment was housed in the present downtown area.

In 1912 the first motorized equipment was purchased, consisting of two combination trucks. In 1914 a motor drawn aerial was added and in 1917 a motorized 500 gallons per minute engine stirred awe and envy as visitors came from far and wide to see this "modern" equipment.

Over the years, the fire department has grown with the City. Today, the department consists of 200+ professional firefighters and staff personnel that are dedicated to the safety of the residents and visitors to the City of Wilmington.

These professionals staff 15 companies that utilize aerial ladder trucks that tower 100 feet high, engines that are capable of pumping 1500 gallons of water per minute, special vehicles for hazardous materials and tactical rescue, a fireboat for marine fires and a zodiac boat for water rescue emergencies.

Old Fire Headquarters was located at 4th and Dock. There are currently 10 fire stations strategically placed throughout the City to insure rapid response to fire and emergency medical calls. 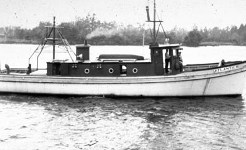 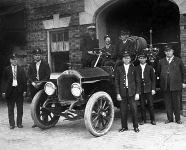 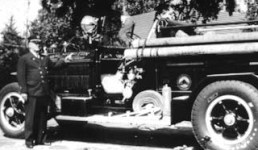