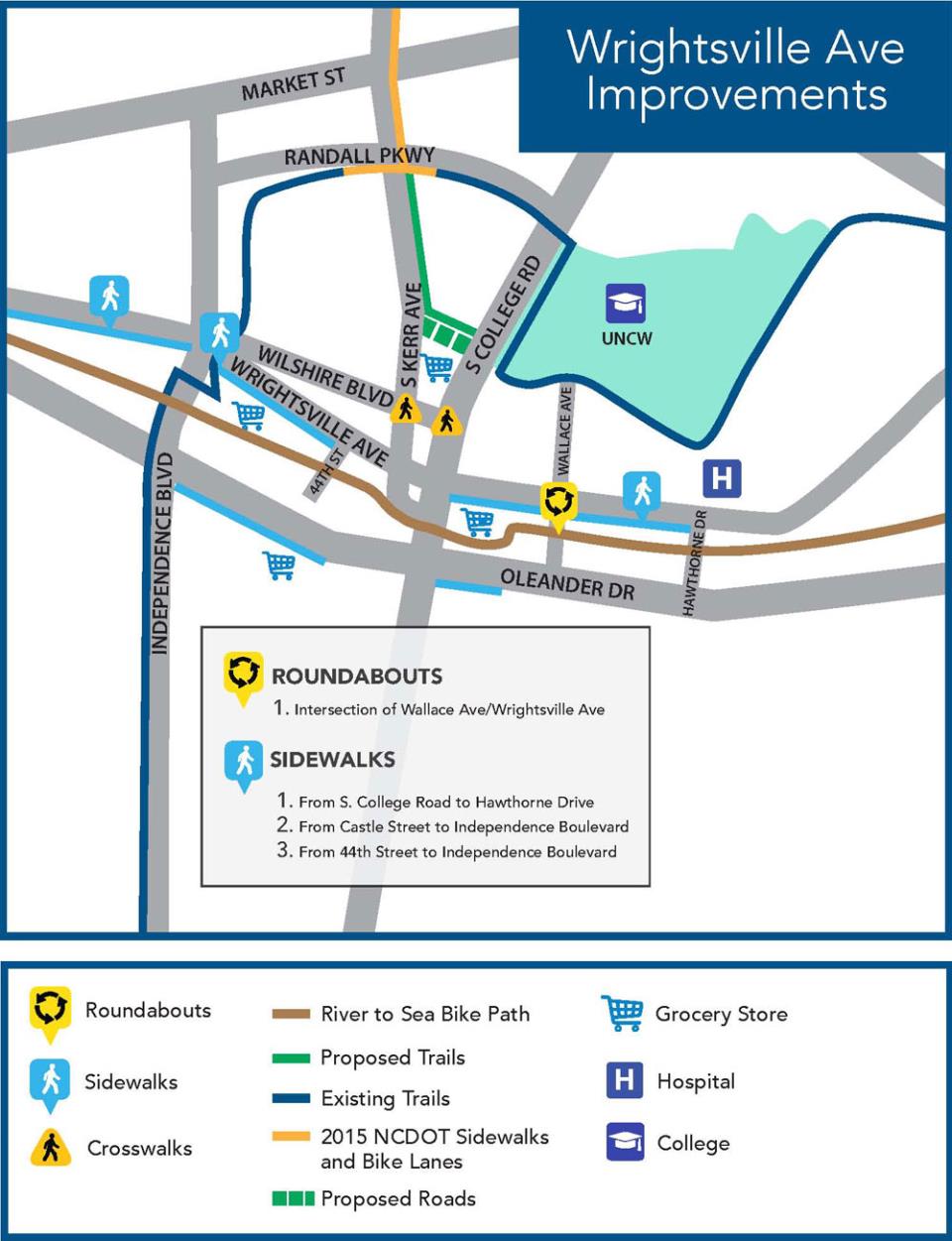 Crews began surveying land in early March, 2019 as the first step in designing new sidewalks along Wrightsville Avenue and a roundabout at the intersection of Wrightsville and Wallace avenues. The project involves filling in gaps of sidewalk between Independence Boulevard and Hawthorne Drive to create a 2.5-mile continuous stretch of sidewalk along Wrightsville Avenue. The sidewalks will provide safe connections between area neighborhoods, shopping areas, UNCW and the recently completed Gary Shell Cross-City Trail.

The planned roundabout will help improve traffic flow along Wrightsville Avenue, which has a tendency to back up just east of South College Road.

After the initial survey work and preliminary design is completed, the city will hold an informational meeting later in 2019.