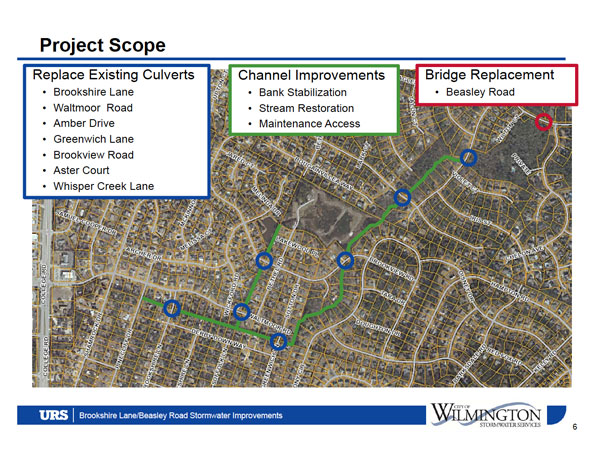 Phase 2 of the Brookshire/Beasley stormwater improvement project is expected to begin in 2019.

In August 2017, crews completed replacement of a bridge on Beasley Road as part of the $4 million drainage improvement project in the Brookshire Ln/Beasley Rd area.

The city held two public meetings, May 30, 2013 and March 11, 2014 to get public input from residents in the Brookshire-Beasley area on the planned stormwater drainage improvement project. This $4 million project will be one of the largest draining/flooding improvement projects the city has ever done.

In addition, some of the drainage improvements related to this project have already been completed as part of the construction of the Gary Shell Cross-City Trail in the area. The project was extended to include the installation of a new, large drainage pipe under Waltmoor Road. Combining the construction of the trail with the additional drainage improvements allowed the city to complete the work with the least amount of disruption to citizens. A new culvert was also installed under Brookshire Lane in late 2015 as part of this project.

Many residential properties in the area will be significantly impacted because the city may need to access private property or may need to purchase an easement to private property. Please check the links below to review items that have been discussed and presented at the public input meetings. 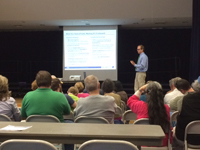