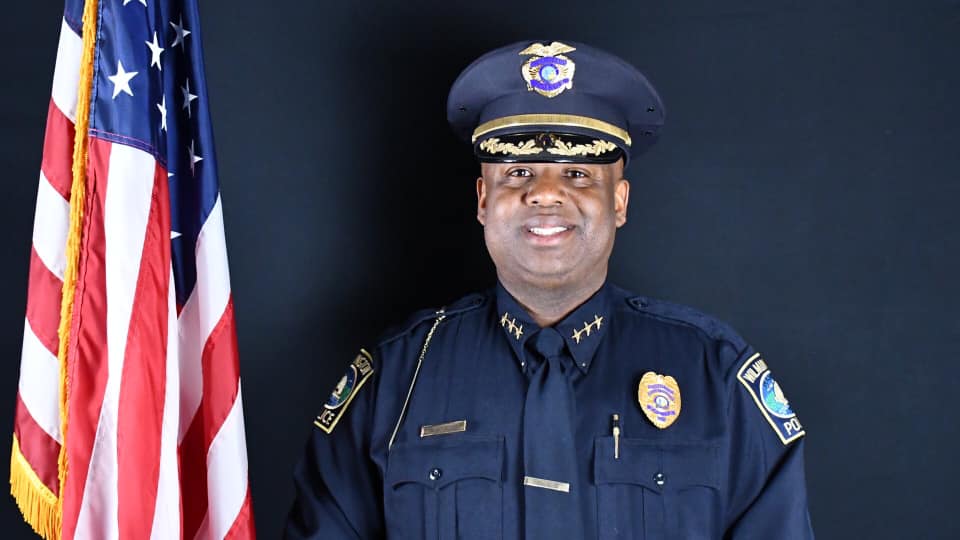 Donny Williams is a native of Wilmington, North Carolina, and has worked for the Wilmington Police Department for more than 29 years. He got his start at the agency as a Summer Youth Worker assigned to the Office of the Chief and served as a police cadet before becoming a sworn officer in December of 1992.

During his time with the agency Chief Williams has proudly risen through the ranks as a dedicated and passionate servant of the community and the City of Wilmington. He was unanimously approved to be Interim Chief by the City Council on Tuesday January 21, 2020.

Chief Williams has a broad history with WPD. Throughout his career, he has worked in various patrol and specialized assignments including: Crime Prevention, DARE, and Housing. During his time as a Police Captain he managed the Support Services Division where he oversaw the agency’s $24 million dollar budget for several years, the Vice Narcotics and Criminal Investigations Division and Patrol, the agency’s largest division.

He has a heart for our community’s youth and is credited with expanding the agency’s Police Activities League (PAL), which now includes four sports: basketball, soccer, Olympic Wrestling and cheer and dance. More than 500 youths participate in PAL activities each year.

Chief Williams holds a Bachelor of Arts Degree from Mt. Olive College in Management and Organizational Development and is a graduate of the Administrative Officer’s Management Program at North Carolina State University. He's received numerous awards and recognitions throughout the City, and is proud of his deep roots in Wilmington and his structured up-bringing in the Creekwood Housing Community by a single mother.

He is married to Victoria Williams and together they parent two sons.