The Downtown area is patrolled in a collaborative effort between the Wilmington Police Department and New Hanover County Sheriff’s Office. The Downtown Task Force was created in 2011 between these two agencies in order to practice zero tolerance for offenses, proactive policing to address issues, and to create a safer environment for the public by reducing crime.

The Downtown Task Force utilizes mounted patrol, foot patrols, bike patrols, Segway patrols, as well as vehicle patrols to accomplish these goals and build working relationships with residents in the community, business owners and their employees, and regular patrons to the area.


The Mounted Patrol Unit responds to calls for service just as patrol units do, but with an emphasis on crowd c

ontrol in the downtown area. The Mounted Unit also participates in ceremonial functions such as parades and funerals

rse and rider and has grown to a four-man mount unit. The Police Mounts are stabled in a police facility outside the city limits.

Downtown Officers also have the supplemental capability of performing water rescues, marine patrol, and aiding in Maritime Port Security with the Wilmington Police Boat.  It is a 27' Safeboat, and is moored downtown so that it can be rapidly deployed when needed. 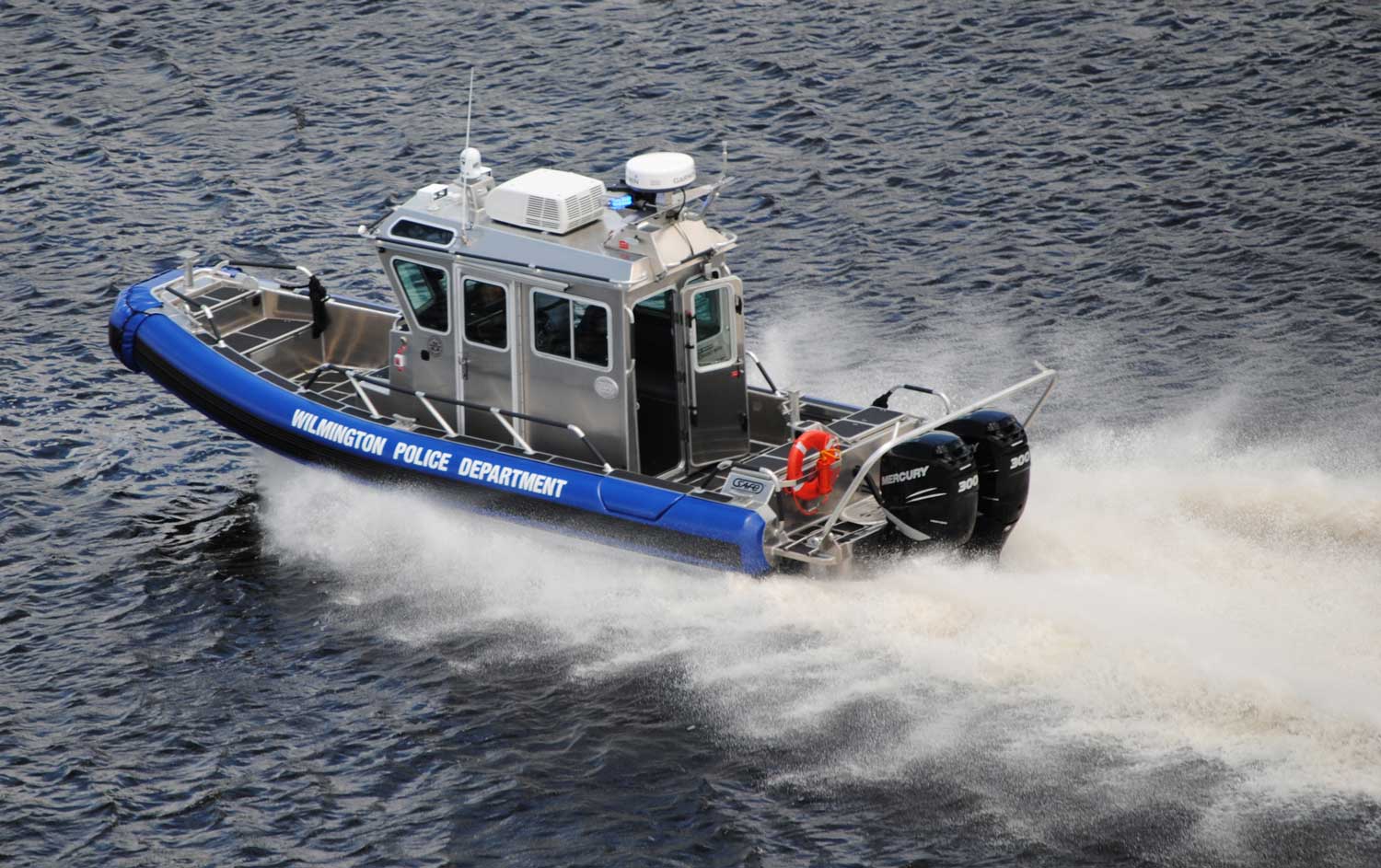