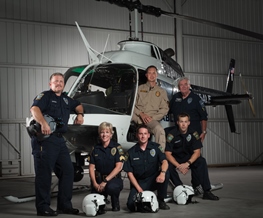 The primary purpose of SABLE is to support and increase the effectiveness of officers in the field through aerial observation and communication. The SABLE unit provides four key elements to the total force: speed in response, visible police presence, technology, and increased officer safety. SABLE delivers a situational awareness to the officers on the ground in any situation

Each partner agency provides their own deputies or officers to perform as Tactical Flight Officers for dedicated mission support and internal training. The Wilmington Police Department is responsible for all daily operations, administrative requirements, budgeting, and is the primary Liaison for the program. Both SABLE 1 and SABLE 2 are operated and maintained by the Wilmington Police Department. 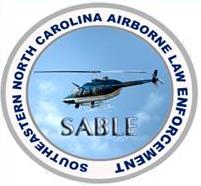 SABLE utilizes two officers as full time pilots, with a part time pilot available and assisting regularly. All are sworn officers and former military helicopter pilots with a combined 38,000 flight hours of experience in multiple airframes. The part-time pilot is a retired FAA inspector, and provides regulatory oversight of the SABLE program along with performing as the unit Flight Instructor. This enables the program to operate at a high level of safety and professionalism.

The operation of all mission equipment is the responsibility of the Tactical Flight Officer. The TFO is highly trained in all aspects of the equipment and helicopter operations, making this a cohesive team. The TFO is responsible for direct communication and support of the ground units, coordinating efforts, establishing priorities of support with local, state, and federal agencies. There are currently two full time tactical flight officers, with five trained part-time TFO’s within the Wilmington Police Department. The patrol experience the tactical flight officer brings to the mission is immeasurable when it comes to directing an operation or assisting the individual officer on the ground.

The program is directed by the Executive Board that is made up of the Leadership (Chief or Sheriff) of the participating agencies and is as follows:

Each member of the Board has an equal vote in how the program is managed and operated.

The SABLE aircraft are retired Army Bell OH-58C Kiowa Helicopters. Both aircraft were acquired through the Government 1033 Program, at no cost to the City of Wilmington. This program allows agencies whose primary function is law enforcement to acquire surplus military equipment.

The SABLE aircrafts are retired Army Bell OH-58C Kiowa Helicopters. The aircraft have been upgraded to the highest standards in Police Aviation equipment in order to serve the public in this mission. All upgrades have been purchased through grants supporting this program. Grants have been awarded by the US Coast Guard, Department of Homeland Defense, and NC Port Authority.